With COVID-19 affecting the lives of billions around the globe, now more than ever, people are relying on delivery services. With online retailers reporting demand on par with Christmas (Guardian, 2020), there has been an increase of a staggering 52% in online sales compared to the same time period in the previous year (Quantum Metric, 2020).

Beyond the normal fashion items or technology that may be sent across the country every day, there’s a whole world of other products your delivery may be sharing a truck with. Below, we’ve picked out some of the craziest things you can legally send in the mail, along with true stories from postmen/women and the four weirdest things fans have sent celebrities.

Modern times are pretty great. We get a lot of junk mail through our doors, but we can also get a full weekly shop delivered just a few hours after we put an order in. Ran out of toothpaste and it’s raining outside? Don’t worry, you’re a few clicks away from getting one delivered right to you.

That’s all pretty tame, though. What are some of the weirdest things you can send in the post, and do so legally?

We should clarify that this is not a guide to shipping these items and is instead a look at what you can send through the post. We implore that you read these guidelines from the Post Office and don’t take everything below as the absolute truth; small print and additional rules that aren’t mentioned below may always apply. For that reason, we can’t be held accountable for any issues that arise when using this post as a guide.

Yes, you can post radioactive materials across the country. To prevent your postman growing a few extra arms (although it would arguably help them with their job), there is a limit on the level of radiation an item can exhibit. You can turn to the International Civil Aviation Organization (ICAO) and their latest edition of the Technical Instructions for the Safe Transport of Dangerous Good by Air to see what is considered too dangerous.

However, even the Post Office says that if it’s surrounded by bubble wrap and the return name/address are visible, you’ll be good to go in most cases! 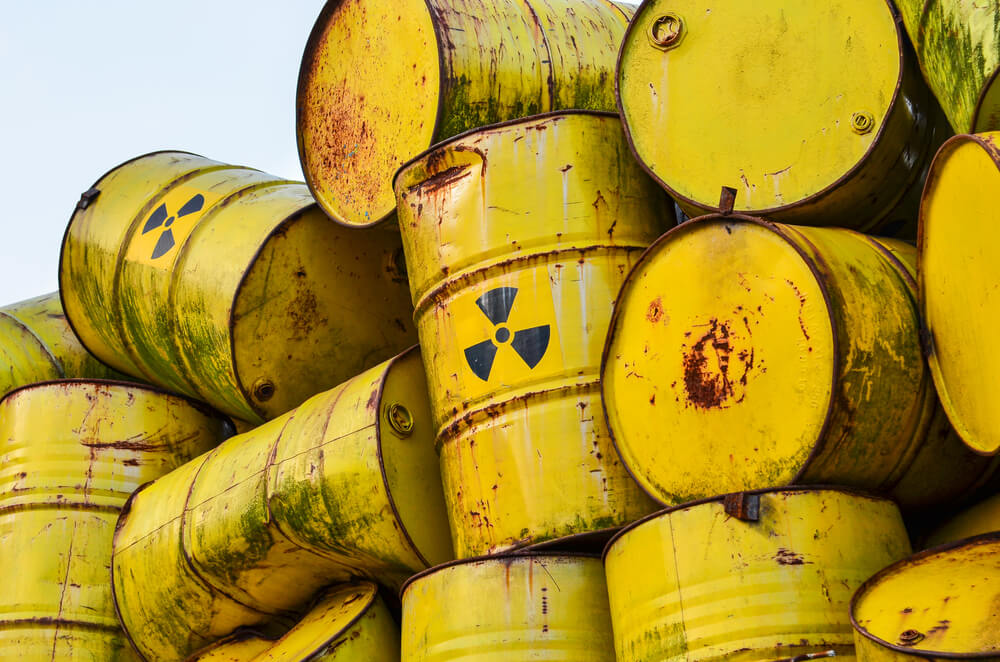 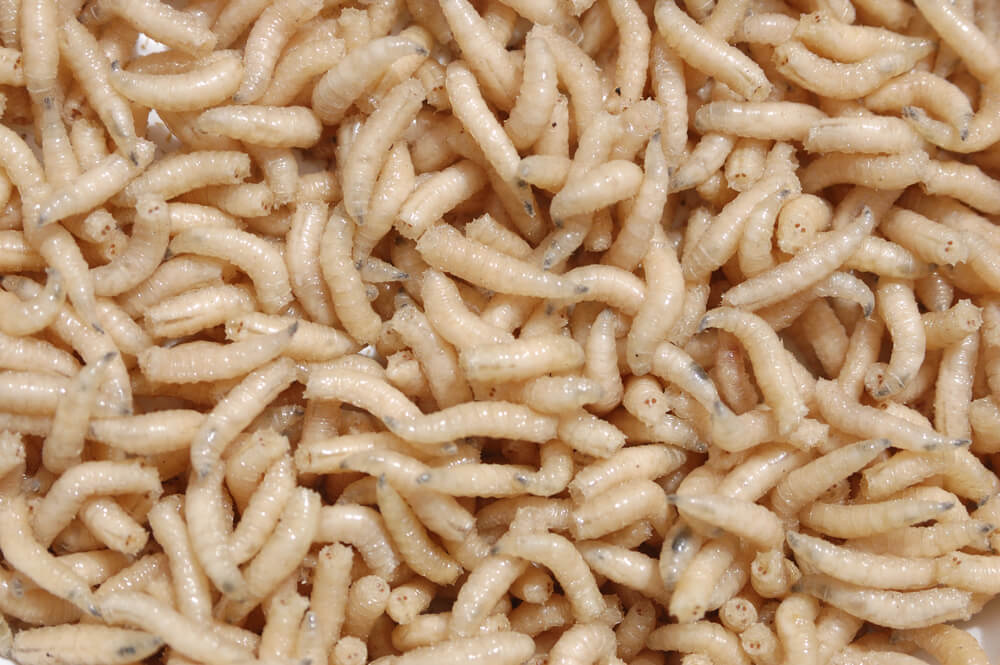 This will likely appeal to only two of our audience groups: entomologists and pranksters. According to the Post Office, you can send a wide range of beasts, from live bees and caterpillars to maggots and “destroyers of noxious pests”. Several steps are needed to make sure they’re delivered properly, including marking it with “URGENT – LIVING CREATURES – HANDLE WITH CARE” and using 1st Class as the minimum service – but it is possible!

Perfect for the few of us that are naturally terrible at blowing up balloons. You can, in fact, send them across the country; but the catch is they need to be filled with non-flammable gas – which is fair if you ask us. 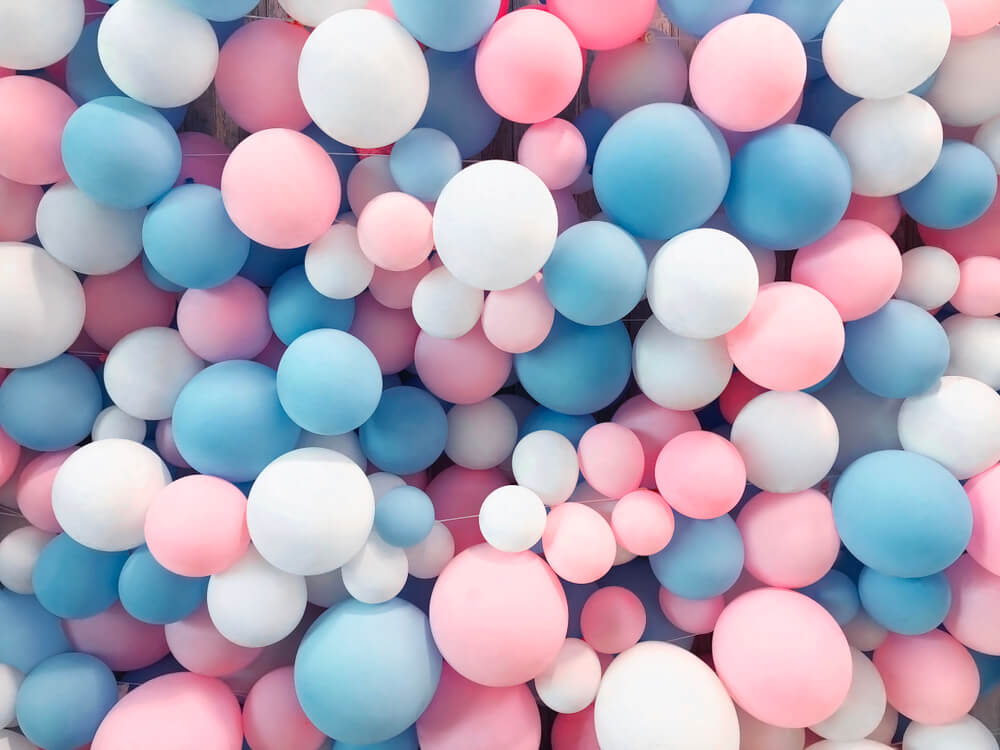 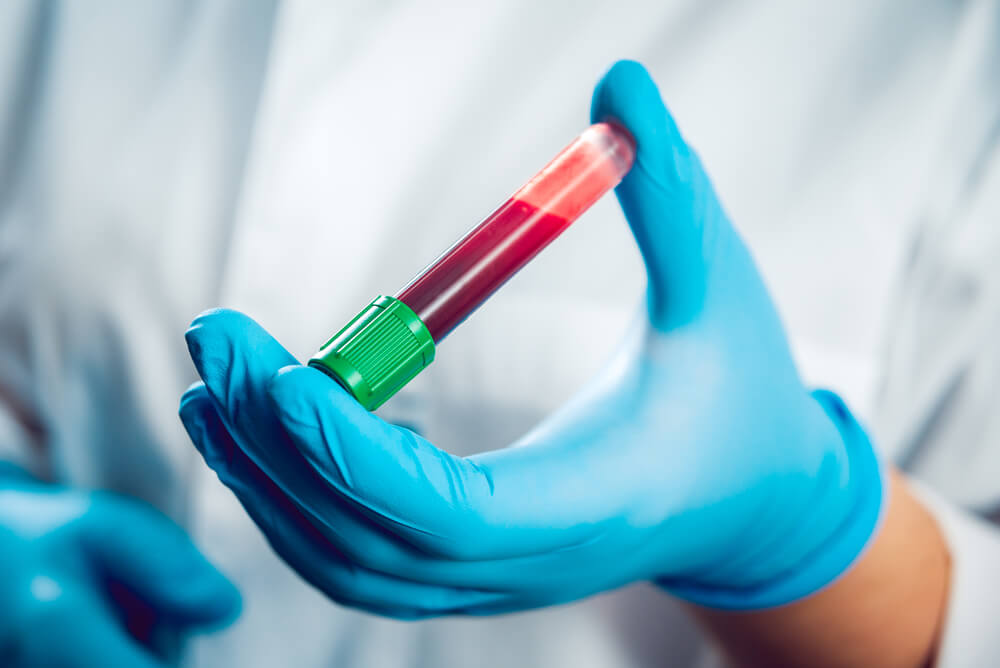 These can’t be shipped internationally, but if you’re just wanting to casually send some blood and urine to your friends or family in the UK, you could be legally good to go! Certain rules apply, such as the total volume can’t exceed 50ml/50g, but it would be weird if this was as easy as just putting a postcard in the mail for your auntie wouldn’t it?

Even in the United Kingdom, guns can really be sent in the post. It doesn’t just count for antiques and deactivated weapons either; active rifles and shotguns can actually be shipped. They must be used for sporting purposes, and various small print does apply, but the truth is that book your friend is sending you might be sharing a delivery truck with a twelve-gauge shotgun. 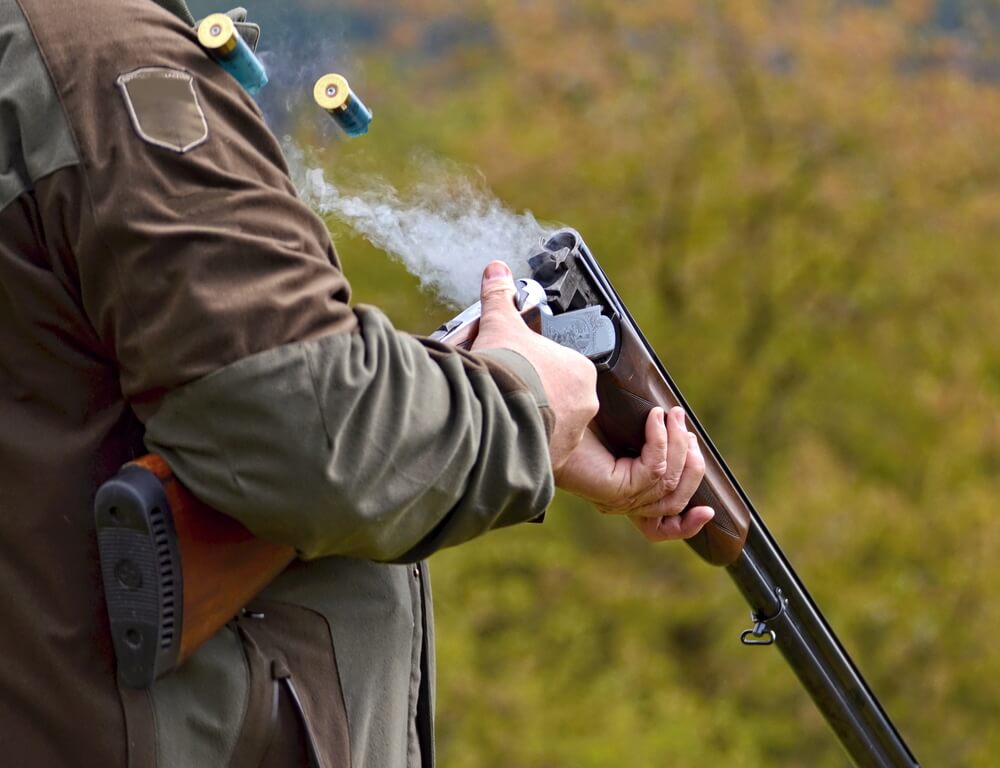 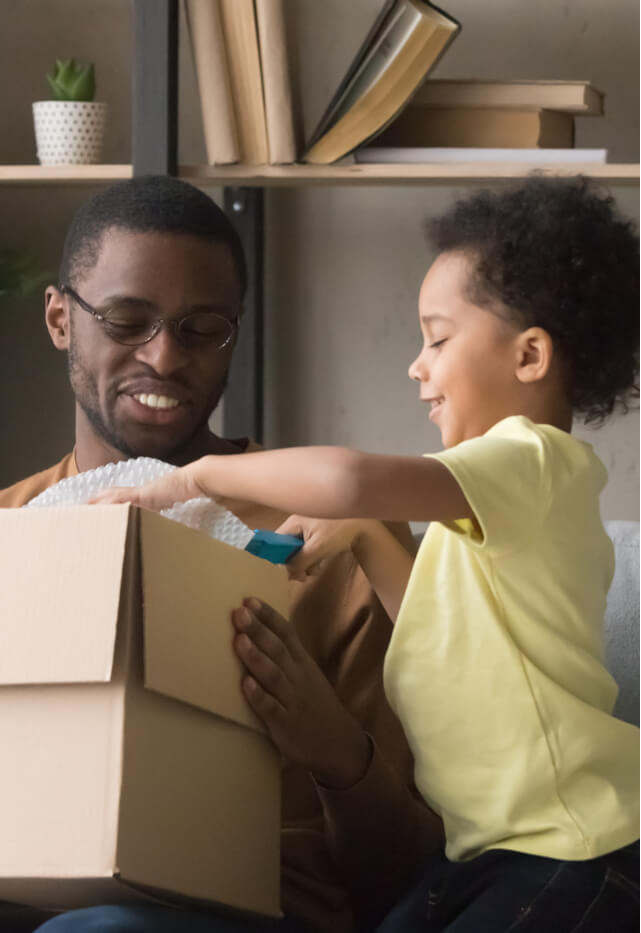 Over time, establishments like the US Postal Service have been able to find loopholes and iron them out. In most cases, it just takes someone to exploit it for that to happen. That’s what happened throughout the early 20th century, when the rule was that they would ship anything under 11 pounds. Taking advantage of that ‘anything’ rule, the Beague family paid a small amount for stamps and insurance on their baby son and shipped him off to their grandmother’s house! Luckily, he wasn’t to be packed away in the belly of a plane and was instead just carried by the mailman to that house only a mile away.

This was surprisingly common in the US, as the cost to send them was often cheaper than just buying them a train ticket. It took several more human deliveries, and many more perturbed mailmen, for an anti-child shipping law to come into effect just a few years later.

From the postmen themselves

To get the most interesting details, sometimes you need to go straight to the source. With that in mind, we researched posts on sites like Reddit to find real revelations from postmen and women about some of the weirder experiences they’ve had in their job. Below are the three stories that stuck out as particularly crazy.

“A surprising amount of bull sperm and live bees. Separately. It was a rural area.” – Reddit user (source)

The craziest things celebrities have been sent

Musician and movie star Jared Leto is a pretty unorthodox character, which may attract some crazier fans. This is evidenced by the fact he was once sent a severed human ear, accompanied by a note which read “Are you listening?”.

Not wanting to be outdone, Leto later wore this at his next concert. 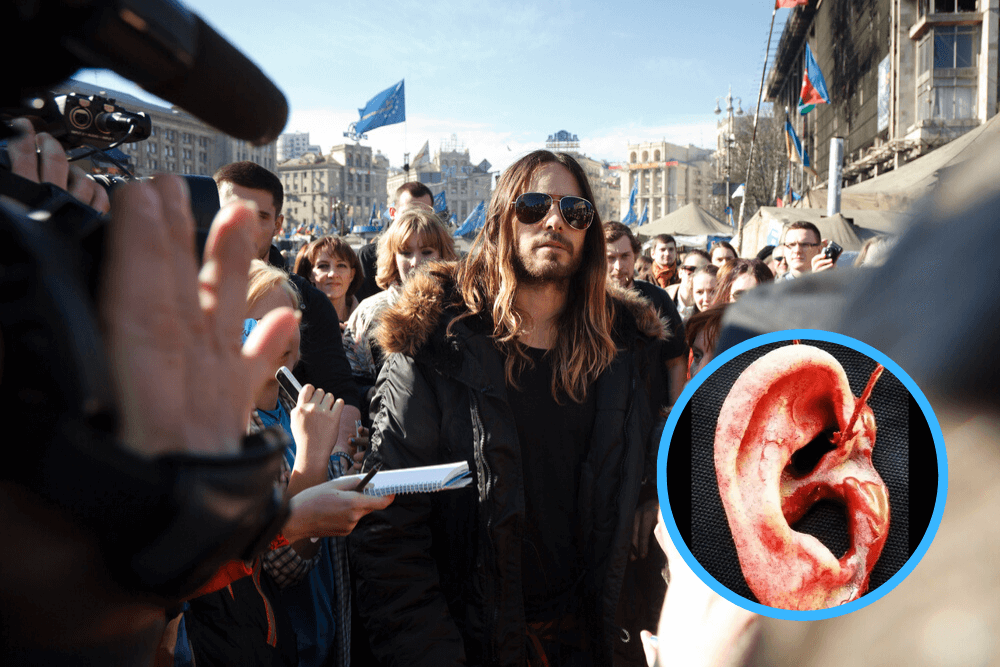 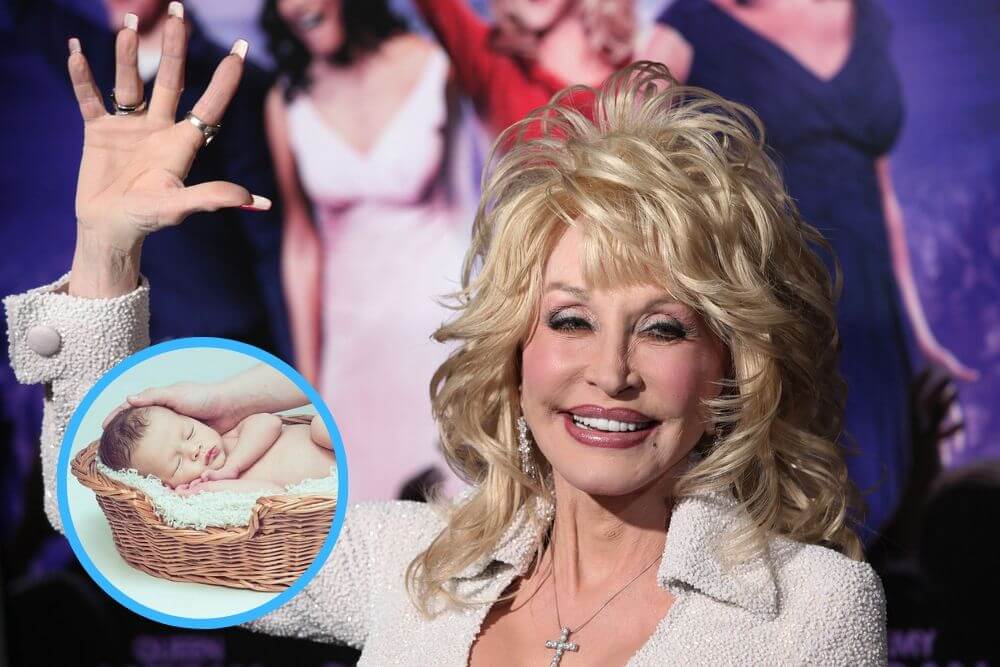 While this is breaking our rules a little, we did want to make an exception – a human baby. Yes, they get delivered all the time, but in this case Dolly Parton has a special place on this list.

Speaking about this, she said “Years ago when I first started being a big star, I had fans that were fanatical. It was when ‘Jolene’ was a big hit. We came home one day and there was a baby in a box at our gate with a note in it. The note said ‘My name is Jolene, my momma has left me here and she wants you to have me.”

Staying in the music scene, singer Kesha was sent a selection of human teeth from her loving fans. She would have been well within her rights to run screaming, but in fact, took a page out of Jared Leto’s book.

She paid jewellers to make some decorations using them and casually showed them off like a new watch or vase. 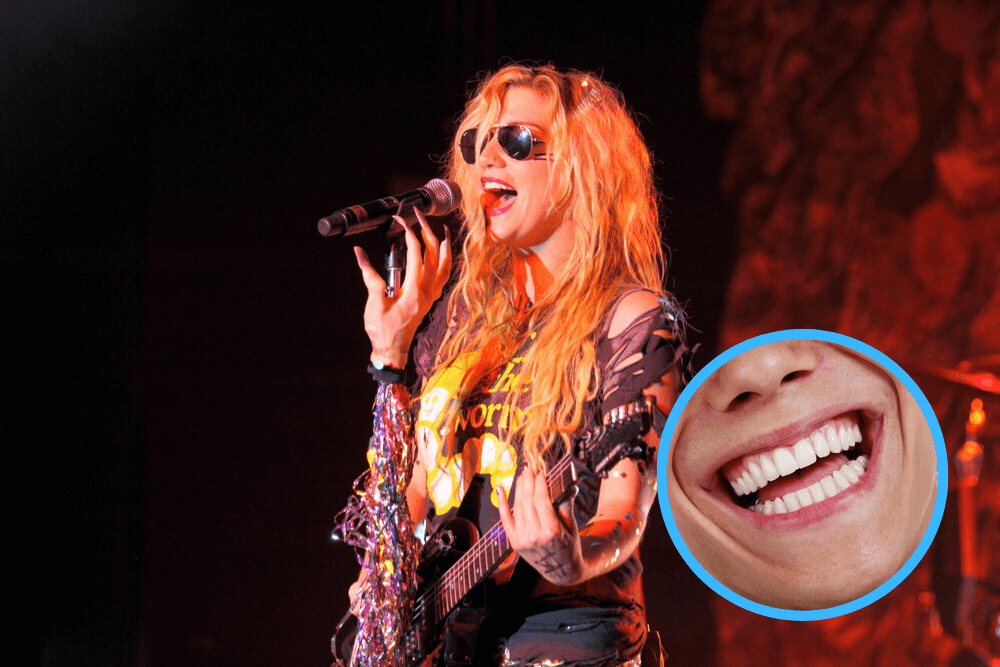 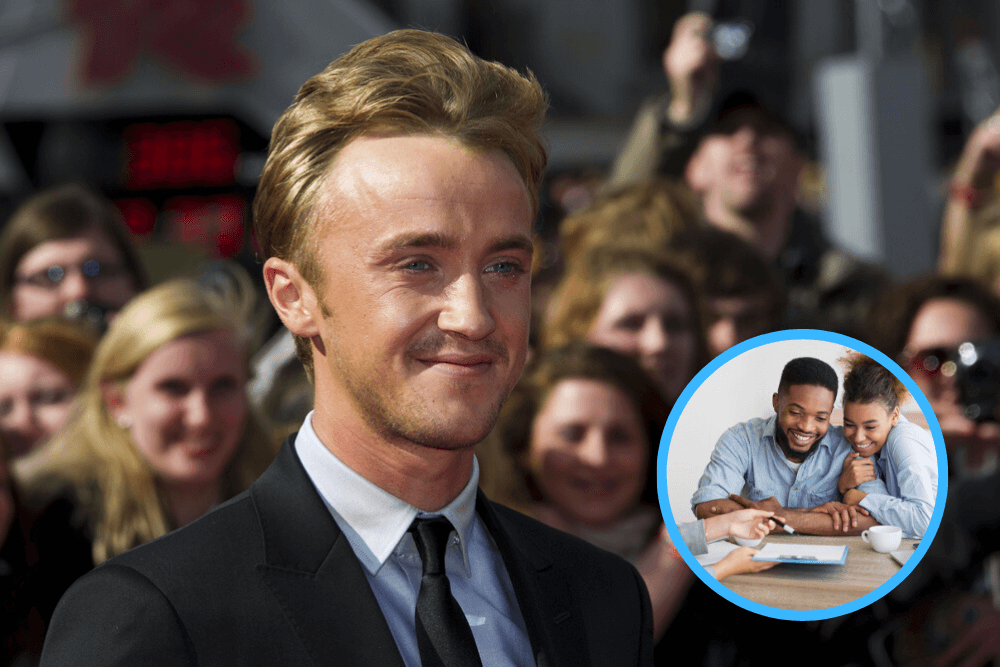 Most well known for his performance as Draco Malfoy in Harry Potter, actor Tom Felton isn’t a stranger to weird deliveries from fans. Years ago he was sent official documents detailing a fan who’d changed his name to the name of his character’s father in the series, Lucious Malfoy. Along with this was a request to legally adopt Felton. Crazy.

Co-star Emma Watson was even sent bibles in the post to help her overcome the demonic influence of all the witchcraft and spells in the films.

Remember, just because you can send some of these doesn’t mean that you should. We’d also recommend you read the Post Office guidelines here.

However, if you’re ready to deliver something (legal!), then we can help!  We deliver items across the UK and internationally and even negotiate prices with companies on your behalf, which means you can save up to 80% off the regular price. You can call us on 01304 202300, or send us a message through our Contact Us page and we’ll get back to you as soon as possible!